When Will The Legal Vertical Be Disrupted? 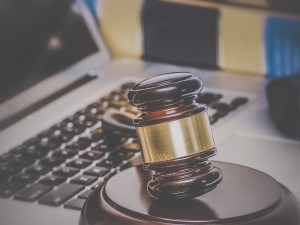 So many industries other than law have experienced disruption in recent years that, paradoxically, disruption has become almost commonplace.

Disruption, as defined by Clayton Christensen in The Innovator’s Dilemma, refers to the process by which an industry dominated by high cost and complex products or services is transformed by innovation marked by certain key elements: simplicity, convenience, accessibility, and affordability. Technology, of course, has been the principal catalyst for disruption, providing a global channel of communication between providers and consumers — a global marketplace.

With consumers (clients) at the retail and corporate segments of the legal marketplace vocalizing their dissatisfaction with the legal status quo in high-pitched crescendo, the legal vertical would seem ripe for disruption.

So why has it not occurred, what’s preventing it, and what form might it take?

A Quick Story Underscoring The Prevalence of Disruption

Seeking a break from what was fast becoming a summer grind, my wife and I recently decided to retreat from DC and spend a long weekend in California.

“I’ll look at travel sites for flights,” I said.

My wife quickly replied, “I have already checked out Airbnb and have a cute place you’ll like — I’m looking at Yelp now for some new places to eat.”

I don’t even have to tell you that we took Uber to the airport, do I?

As I settled back into my seat for the flight out West, I thought about how quickly and painlessly we had worked out the logistics of our trip, how many options we had, and what great value we had uncovered. We did not need a travel agent, hotel staff and concierge, or a medallion cab for our vacation. Technology enabled us to match our value criteria to what the marketplace was offering, and we had a vast and transparent comparative landscape from which to select — with no long telephone prompts or double-talk about rates and availability.

We were reaping the benefits of the shared economy, and of industries that had been disrupted — travel, hospitality, and car transport. All of those industries — like law — are highly regulated and had incumbent giants with well established brands.

The disrupted incumbents shared several characteristics: large staffs, expensive infrastructure, and high, often unpredictable price structures, especially compared to their disruptors. Which brings us back to the legal vertical.

Lots of Innovation but Still No Disruption

The pace and prevalence of innovation in the legal vertical has accelerated markedly. Almost daily, we hear about new legal products and service providers. There is persistent talk of artificial intelligence applied to legal delivery as well as an array of ways that technology will transform legal delivery. Conferences on legal innovation are held across the country, and an expressed interest in it has become a politically correct behavior, especially among corporate legal consumers.

Legal service companies and legal consultancies of every stripe have emerged in response to the full-blown unbundling of legal tasks that has played out over the past two decades.

Law firms, long the sole providers of legal services, now operate amid products and service providers—not to mention global competition as well as bulked-up in-house legal departments — that comprise the legal supply chain. This is in the corporate segment of the marketplace where there is an oversupply of lawyers vying for a shrinking pie, at least as far as outsourced work is concerned.

In contrast, the retail end of the market has millions of potential clients who want and need legal services but cannot afford them at current rates. This is referred to as the “access to justice crisis.”

Paradoxically — if not ironically, too — law schools continue to churn out (debt burdened) graduates although nearly half cannot find work or are under-employed. This market segment would seem the likely place for disruption because there is a huge unmet client need and technology exists to create a marketplace connecting providers with consumers/clients. LegalZoom has already tapped into that need on a piecemeal basis, using technology to deliver legal documents to millions of retail customers. This is a great start, but it does not address those situations where customers become clients requiring legal representation in addition to forms.

The reasons why legal disruption has yet to occur differs between the corporate and retail segments.

In the corporate sphere, lawyers still generally retain control over buying decisions. True, General Counsel are confronting increasing pressure to pare down legal costs which translates to an opening for new providers and models, but by and large they are responding in one of two ways: (1) taking more work in-house; and/or (2) putting more pressure on outside providers to discount.  Either way, the response is reshuffling the existing deck rather than using a fresh one.

While several in-house departments are doing some very creative things to deliver legal services more efficiently, they are still operating largely within the traditional delivery framework rather than replacing it with a new one. After all, what are in-house departments — especially large ones — but captive law firms that focus on a single client or group of clients rather than a wide swath of them? Though several of them operate more efficiently than law firms, they often have remarkably similar structures — and personnel — and deliver services at high cost levels (though less than the outsourced alternative).

Translation: the stark line drawn between in-house legal departments and outside law firms is blurred.

There are several impediments to disruption in the corporate segment: (1) conservatism (2) regulatory and ethics constraints; (3) little demand for alternatives until recently; (4) no viable and scalable alternatives yet exist; (5) an absence of inter-disciplinary practice (see #2); and (6) no disruptor has yet invested in the technology and delivery capability to effect disruption. And so, the corporate end of the legal industry — especially in the U.S. which lags behind the UK, Australia, and other advanced economies in re-regulation and the innovation it spawns — is relegated to innovation at the margins.

The Likely Locus of Legal Disruption

If we track Clayton Christensen’s theory of disruptive innovation, we would expect to find it in the retail segment of the legal market. There, buyers are generally not attorneys — unlike the corporate segment — and millions are currently priced out of the market because the $200-$300 average rate charged for legal services is simply out of reach.

But consider that there is a huge potential market of buyers (clients) in need of legal services. Most estimates put the figure at 60 percent of small businesses as well as millions of individuals who do not retain counsel even when they have their version of a “bet the company” legal issue (foreclosure, deportation, etc.).

Technology exists to create a marketplace — a legal community — of buyers/clients and sellers/lawyers.

Consider the distribution problem at the retail end of the legal market: Approximately 45 percent of recent law school graduates are unemployed/under-employed nine months after graduation, and many more retail lawyers are seeing their incomes steadily decline. Then, consider the millions of potential clients who need lawyers but cannot afford them at current prices. Finally, imagine a legal community that connects the two groups. Disruption would result.

Many will scoff at this, call it “the Uberization of legal services,” and find legions of regulatory and ethical reasons why it cannot — must not — be allowed to happen.

But disruption occurs precisely where, as here, a vast number of customers are in need of simplicity, convenience, accessibility, and affordability. Unlike the corporate end of the market, the retail segment is fragmented, devoid of entrenched incumbents, less conservative, and with an enormous untapped customer base in need of a resource that can deliver legal products and services at a rate substantially lower than what lawyers presently charge.

Imagine a technology company that provides connectivity between lawyers and clients and, by so doing, eliminates infrastructure that drives up delivery costs and fees.

Scalable, affordable, accessible, and transparent delivery would effect disruptive innovation in the retail segment of the legal vertical and likely spread quickly across the globe where similar conditions exist in other markets.  And once the retail end of the marketplace is disrupted, it will be only a matter of time before the corporate end will be more receptive to a shared economy approach.

Client demand for simplicity, convenience, accessibility, and affordability of legal services will be the catalyst for legal disruption — just as it has been in other industries.

Technology will be the means by which that disruption will occur, providing client  access to a wide range of providers who will operate in a model that enables them to reduce the cost of services substantially. Buyers and sellers will have access to each other’s profiles and track records, and the artificial veil of mystery shrouding the delivery of legal services will be removed.  More lawyers will be serving more clients for the good of both.

If that sounds like a pipe dream, Google, Apple, Uber, and Airbnb once did, too. 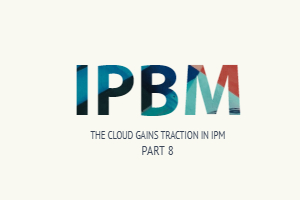 The Cloud Gains Traction in IPM 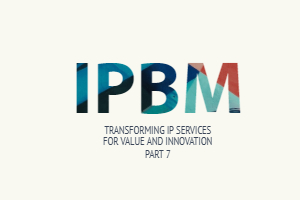 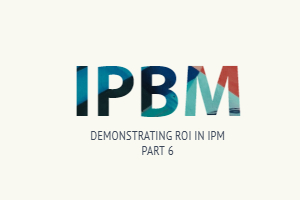 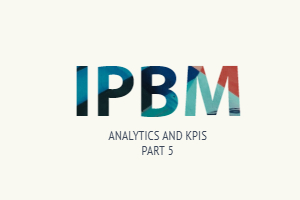 Analytics and KPIs: You Can’t Master What You Don’t Measure